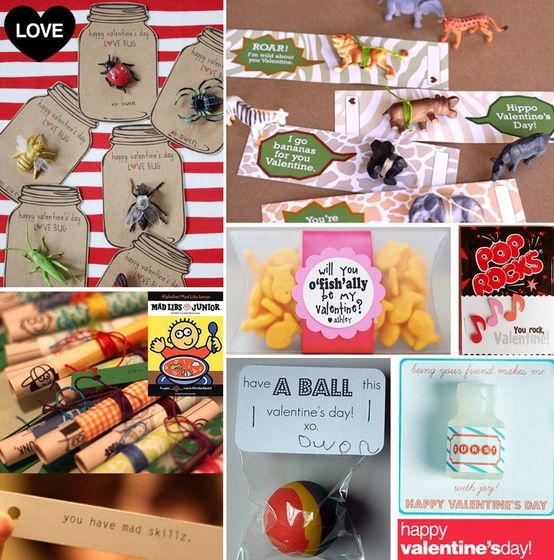 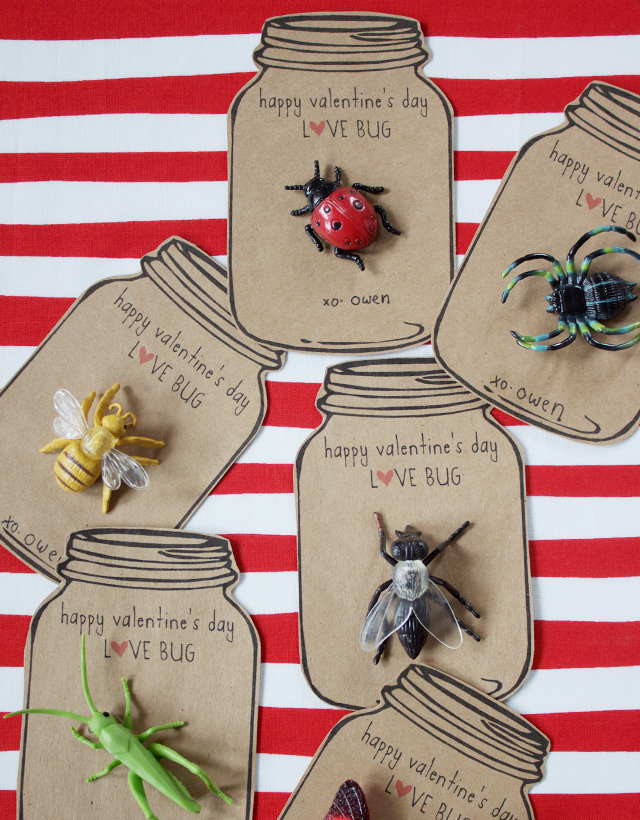 While wandering through the craft store a couple weeks ago I happened upon a lot of Valentine’s Day merchandise with the term “love bug.” Although it was all pretty cheesy and very girly, it inspired this years non-candy version for Owen’s 1st grade class. Owen is all boy so the idea of handing out plastic bugs to his classmates thrilled him. 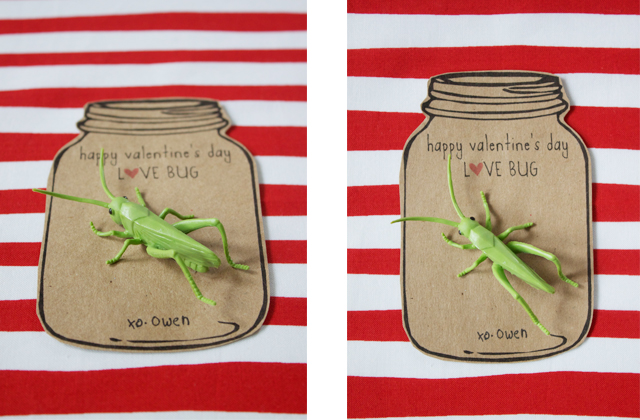 With Lindsay’s help I created the jar printable. You’ll also need to gather some plastic bugs
and some kind of adhesive. We used This to That. A double sided super sticky tape from American Crafts which works incredibly well. 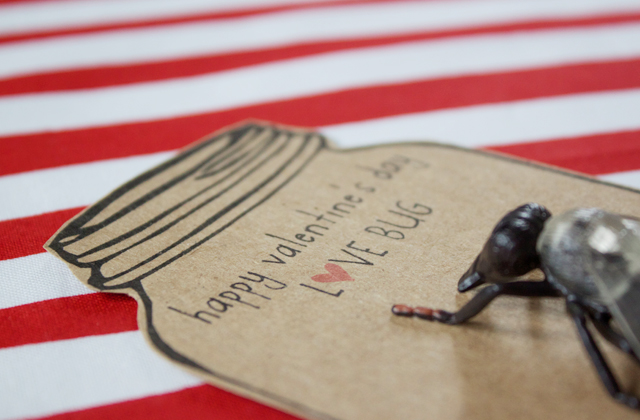 To assemble simply cut out the jar printable, attach a bug with the adhesive and have your child personalize with his/her name. 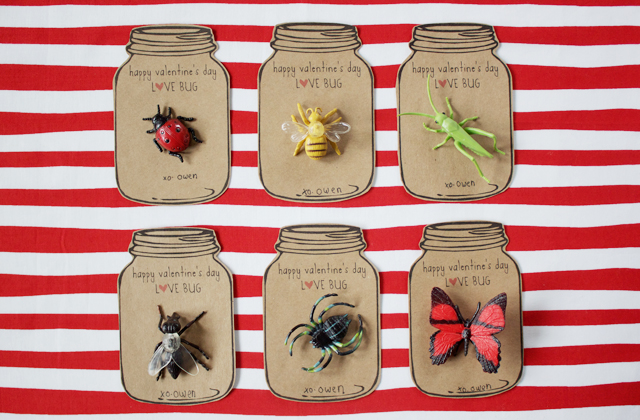 Have A Ball Valentines.

I love these valentines for four reasons.
1. they were simple
2. they were inexpensive
3. they do not involve candy
4. Owen loves them 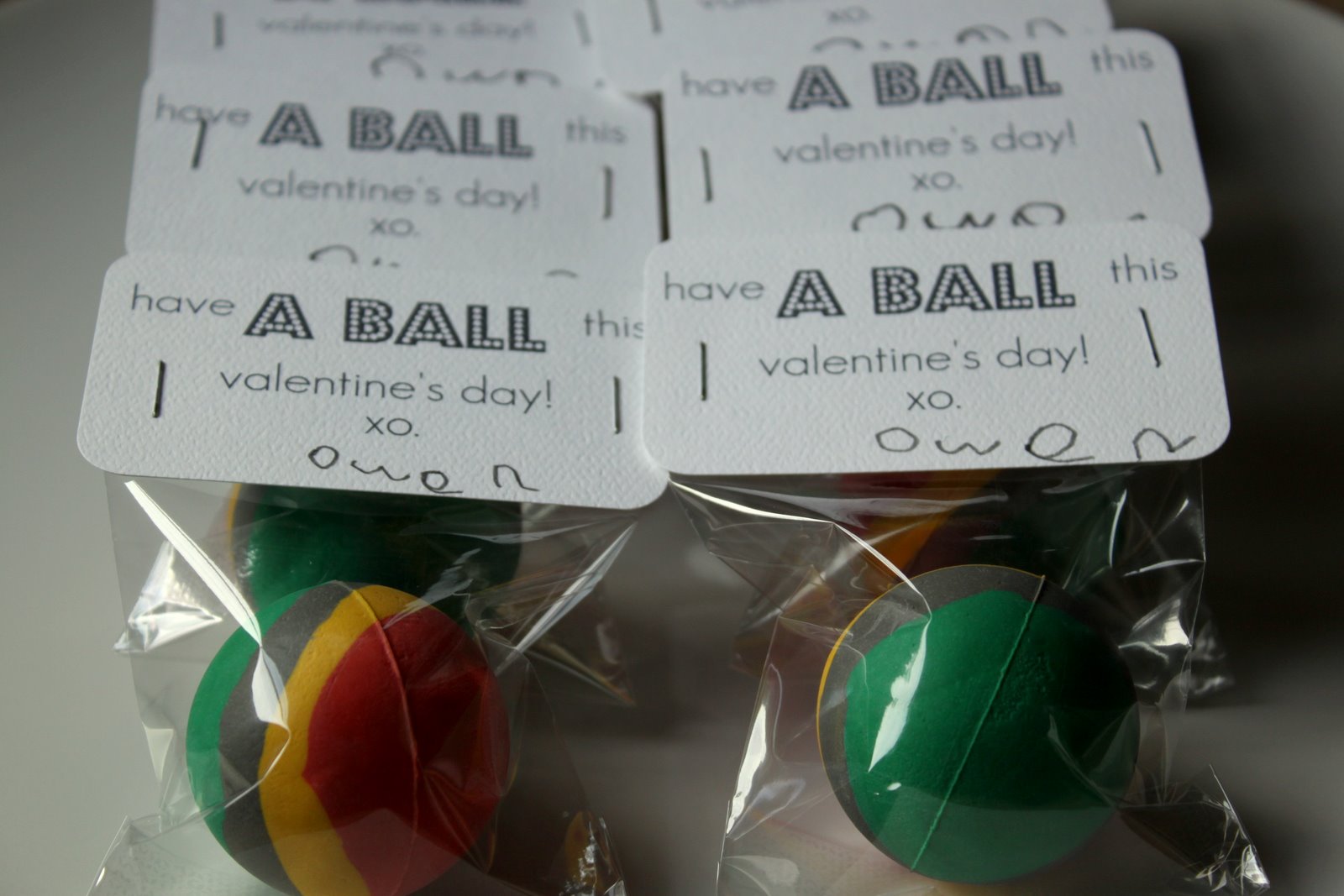 Yesterday Owen + I spent the afternoon creating these beauties for his little classmates.  And when I say “Owen + I”, I mean we did every step of this project together.  He helped pick out the balls at the dollar store (they came in a pack of three), he helped design the card (thus the slightly off centered “this”), he chose the fonts (from the options I gave him), he stapled the cards to the bags.  Oh, and of course he wrote his cute name. 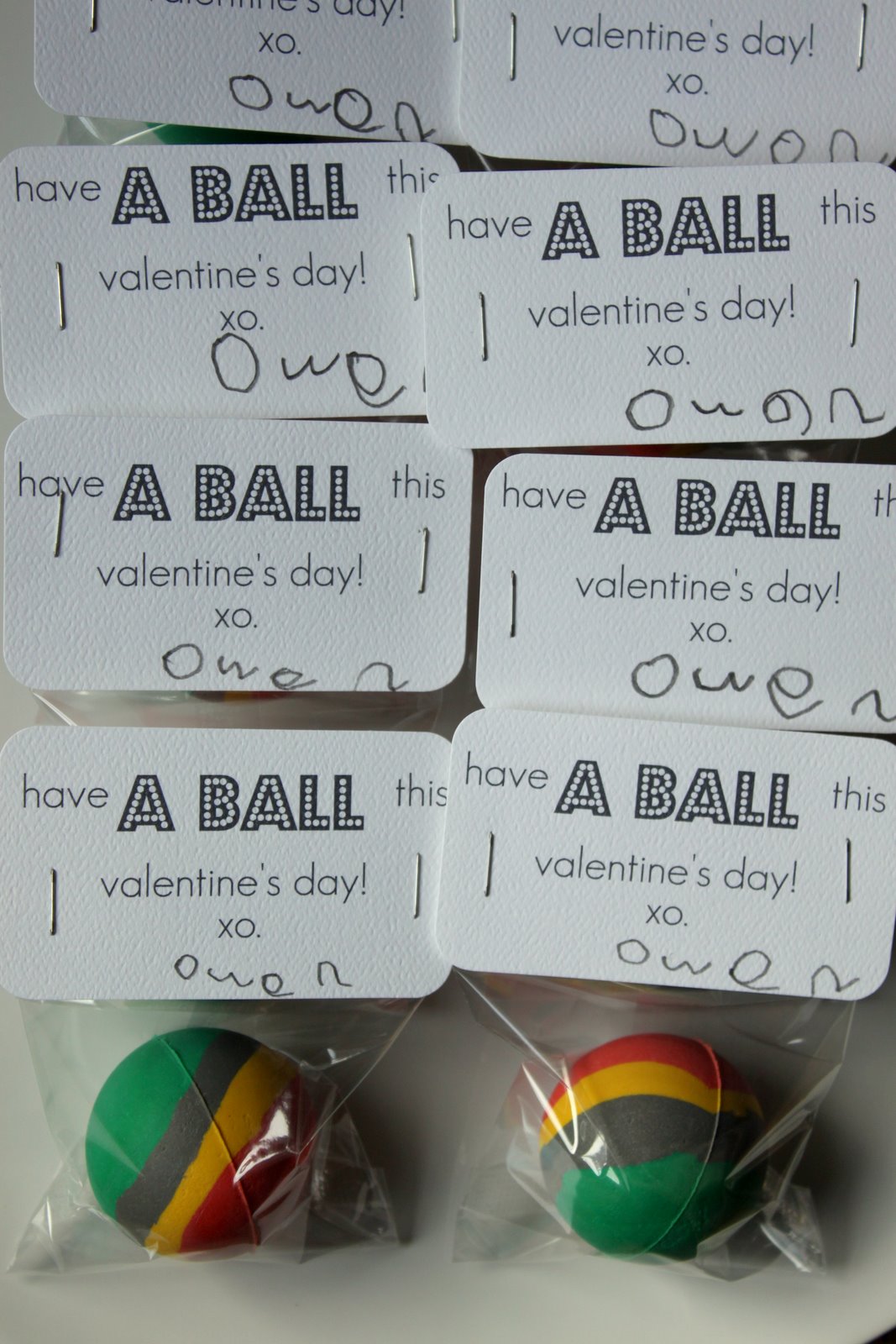 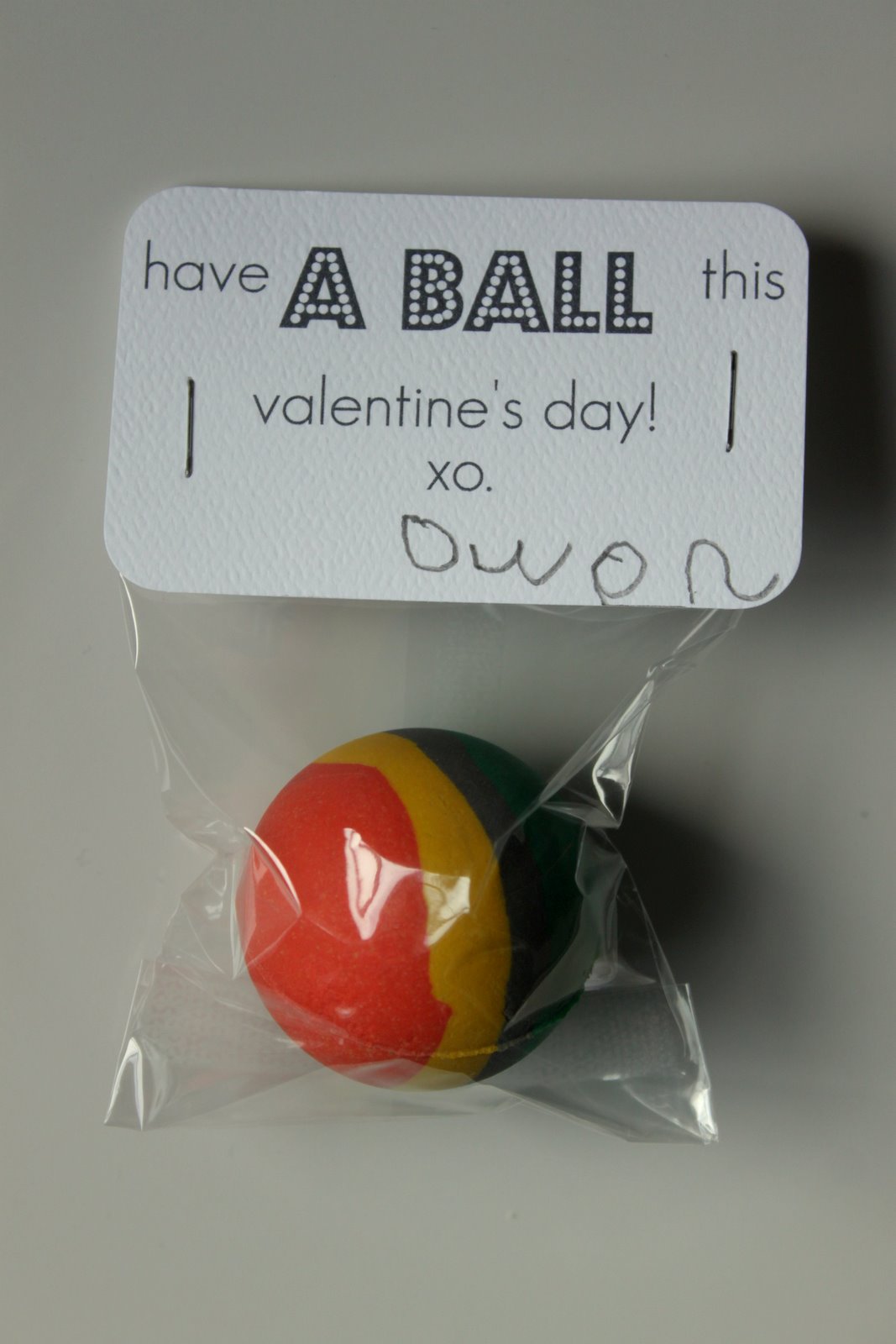 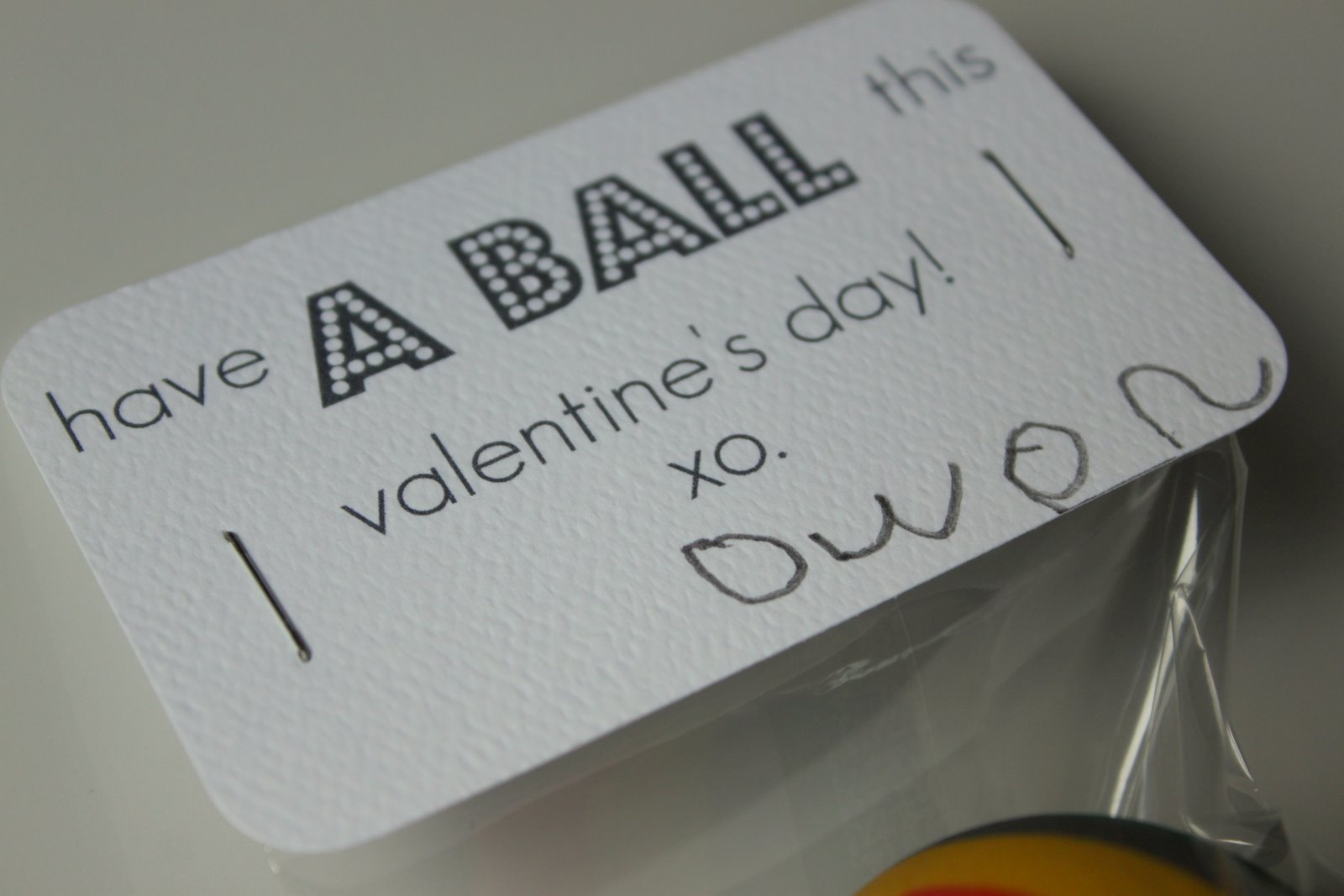 I had all of the supplies on hand (except for the balls.) You can find cellophane bags at most craft stores, I’m pretty sure I bought these from my sister in law when she used to sell Stampin’ Up.  They were the perfect size.  All in all, I think these are about as spot on for a five year old valentine as they get.

Feather tattoo options, I like some of the beat up looking ones because they cou

Gloss your forever 21 or cheap jewelry to keep from turning colors.. this also m

cute for baby shower pins for the guests

Dont like a cluttered countertop? Have a corner you can use? Use this idea to pu

Dont like a cluttered countertop? Have a corner you can use? Use this idea to pu