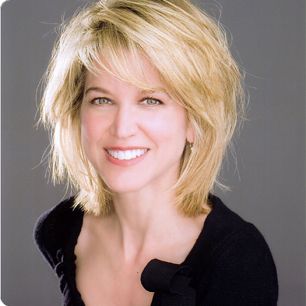 Paula Zahn is the co-host of a new series on WNET/Channel 13 New York called SundayArts, a weekly television magazine for news covering the arts in New York City. She also hosted the highly acclaimed two hour documentary for PBS called The Retirement Revolution, taking a look at the consequences of mass retirement by Baby Boomers, which premiered in the Spring of 2008. Paula is currently developing a prime time cable magazine show, which she will host, for the Discovery Channel’s “Investigation Discovery” channel.

Before that, Paula was a news anchor for CNN, where she was based in the network’s New York bureau and hosted the primetime show Paula Zahn Now. A 30-year news veteran, Zahn joined the network in September 2001. On her first day with CNN, Zahn began continuous on-scene coverage of the September 11th terrorist attacks on the World Trade Center towers in New York. In the course of that reporting, she interviewed rescue workers, survivors, dignitaries and officials, including Jordanian President King Abdullah, Egyptian President Hosni Mubarak, Secretary of State Colin Powell and N.Y. Gov. George Pataki, just to name a few.

Prior to joining CNN, Zahn was the host of The Edge with Paula Zahn, a daily news program on Fox News Channel. She joined Fox in 1999 as anchor of its evening news, The Fox Report. Previously she spent 10 years at CBS News, where she co-hosted CBS This Morning and anchored the CBS Evening News Saturday Edition. She also co-anchored the 1994 Olympic Winter games in Lillehammer, Norway and served as primetime co-host of the 1992 Olympic Winter Games in Albertville, France. Earlier, Zahn served as co-anchor of World News This Morning and anchored news segments of Good Morning America on ABC. Zahn joined ABC in November 1987 as anchor of The Health Show.

Zahn began her career at WFAA-TV in Dallas. In 1979 she moved to San Diego to work for KFMB-TV. Zahn also worked at KPRC-TV in Houston, WNEV-TV (now WHDH-TV) in Boston and KCBS-TV in Los Angeles before joining ABC News.

Zahn has received numerous honors and awards. She has won 9 Emmy awards including a 1994 Emmy for her reporting on mainstreaming the education of the mentally disabled and a 1997 Emmy for her coverage at CBS of the death of Princess Diana, the National Commission of Working Women Broadcasting Award and four Gracie Awards from AWRT including one for her reporting on gender bias in education and another for her tribute to Dana Reeves. Zahn also received an Albert Einstein College of Medicine Spirit Of Achievement Award, the Second Annual Cancer Awareness Award by the Congressional Families Action for Cancer Awareness, a citation from New York’s Beth Israel Medical Center for her contributions to the battle against breast cancer and a Silver Silhouette Award from the National Osteoporosis Foundation for her reporting on Osteoporosis.

Zahn, an experienced cellist who began playing at the age of 5, attended Stephens College on a cello scholarship. While at Stephens, she performed in a trio of cellists that toured the United States. Zahn made her Carnegie Hall debut in 1992 performing with the New York Pops orchestra. She later returned to Carnegie Hall in December 2007 and December 2008 as a soloist with the Sejong Orchestra. She was one of one hundred cellists who performed within an all-cello orchestra in St. Petersburg, Russia for the One Hundredth Cello Congress. Among those that she has had the privilege to play with are Yo-Yo Ma, James Galway, Paul Schaeffer on David Letterman and even Miss Piggy on Sesame Street.

Zahn attended Caius College at Cambridge University, the University of Valencia in Spain and earned a bachelor of art degree from Stephens College in Columbia, Mo.

cute for baby shower pins for the guests

Feather Art Print....for a twist on the whole feather turning into birds flying

Fish Cord Holder - cute way to organize your iPad charger. MIght not be a good i